This MiningImpact phase will follow up on the results of the JPI Oceans pilot action on "Ecological Aspects of Deep-Sea Mining" which terminated in late December 2017 (see results here). While the initial MiningImpact phase investigated experimental and rather small-scale disturbances of the seafloor over decadal timescales, the second part will independently study and comprehensively monitor in real time the environmental impact of an industrial trial to mine manganese nodules on the seafloor which will be conducted simultaneously and independently by the Belgian contractor DEME-GSR in the Belgian an German licence area in the Clarion-Clipperton-Zone.

The project will further study regional connectivity of species in the deep-sea and their resilience to impacts, and the integrated effects on ecosystem functions, such as the benthic food-web and biogeochemical processes.

In this context, key objectives of the project are:

The Miningimpact 2018-2022 project is conducted independently of DEME-GSR activities. DEME-GSR is responsible for obtaining all necessary permissions for its operations and does not receive any funding from the MiningImpact project.

The respective environmental impacts assessments by BGR and DEME-GSR are online on the International Seabed Authority's website: https://www.isa.org.jm/environmental-impact-assessments

Activities of deep-sea mining will indisputably affect the status of the environment by disturbing the seafloor and the overlying water column. The habitats of unique benthic and pelagic communities may be affected depending on the technologies used as well as on the size of the area impacted directly by mining and indirectly by the dispersion of sediment plumes and mining debris.
The JPI Oceans Pilot Action "Ecological Aspects of Deep-Sea Mining" assesses the ecological impacts which could arise from commercial mining activities in the deep-sea. Core of the project are three expeditions visiting several nodule license areas and a protected area in the Clarion Clipperton Zone (CCZ) as well as the disturbance and recolonization experiment (DISCOL) in the Peru Basin, which was conducted 26 years ago. 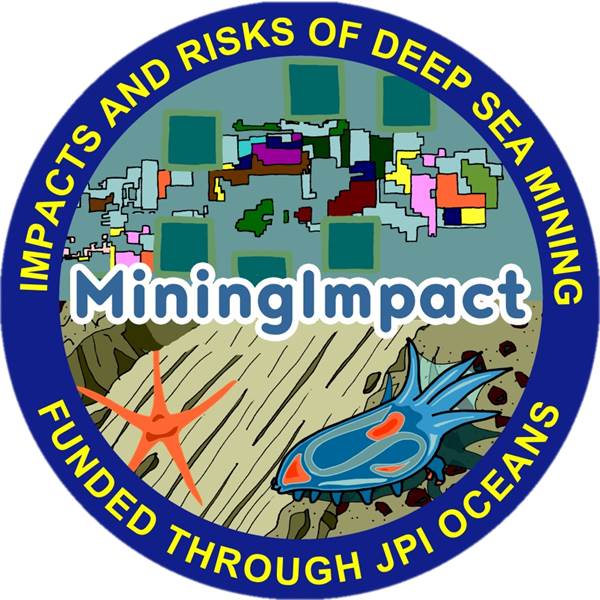 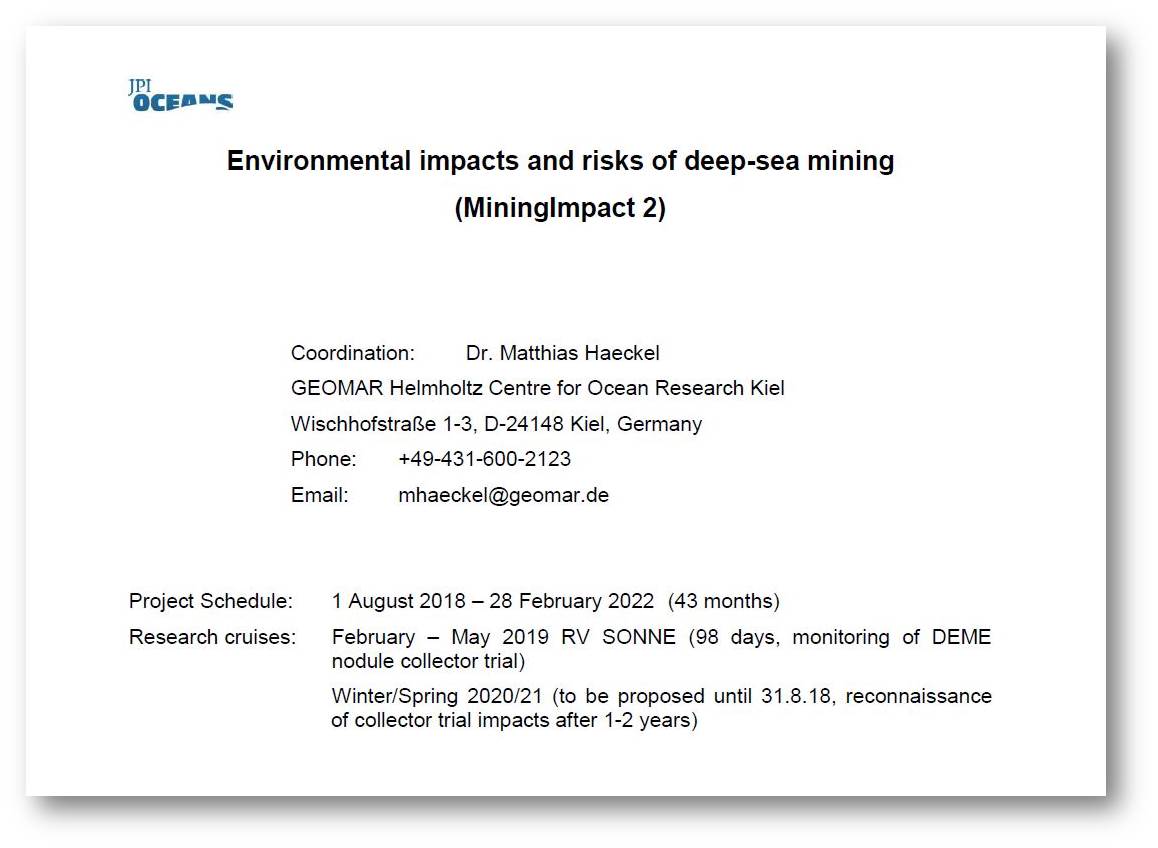 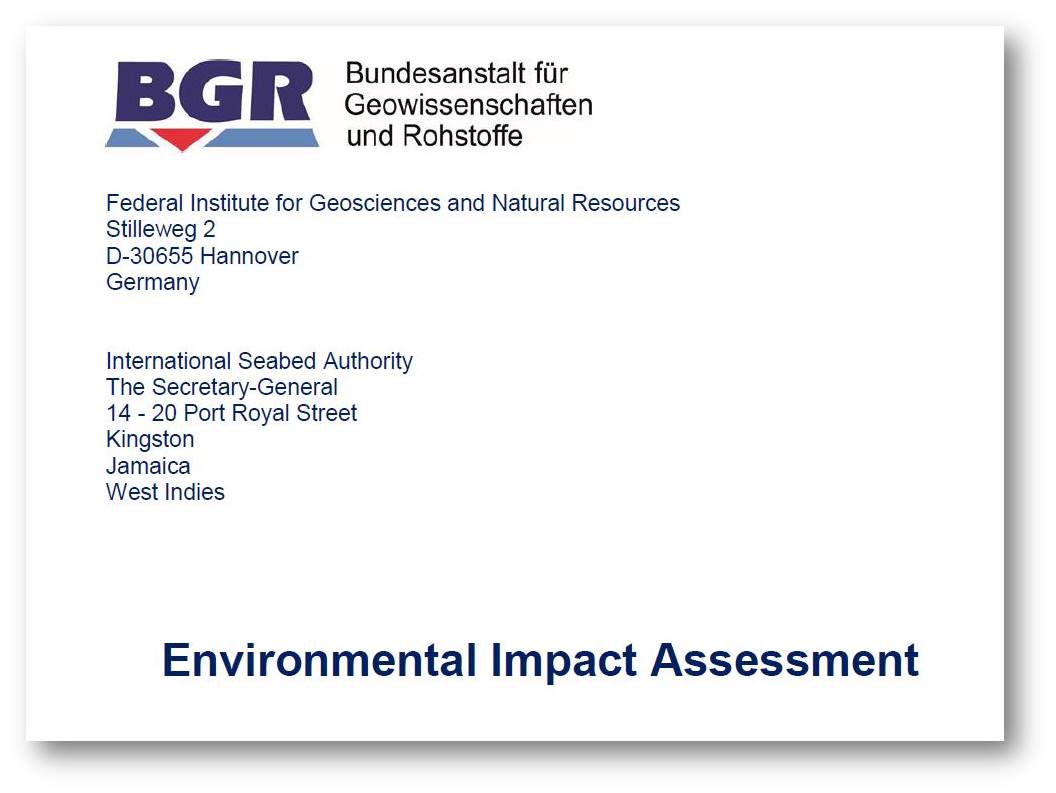 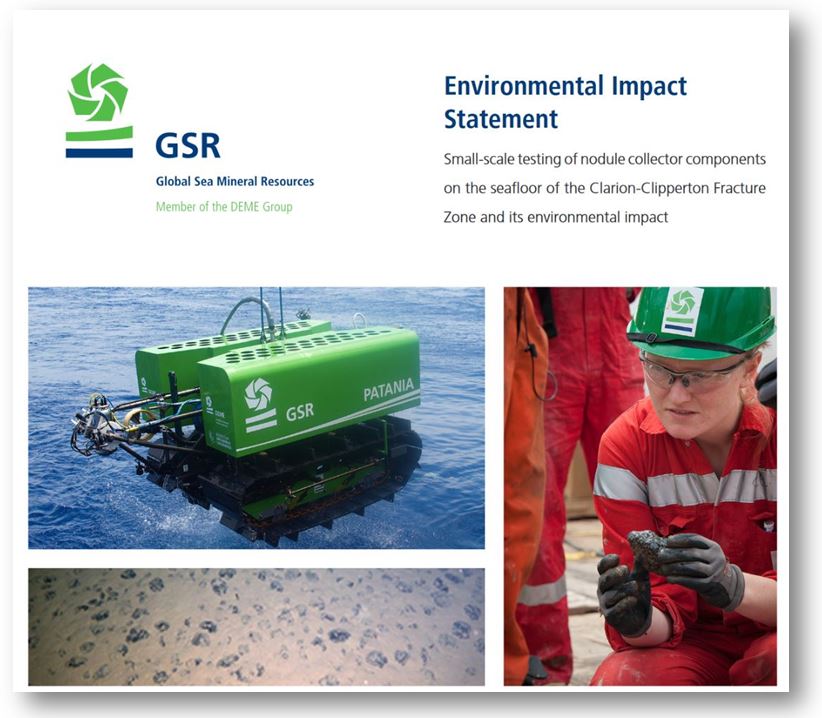 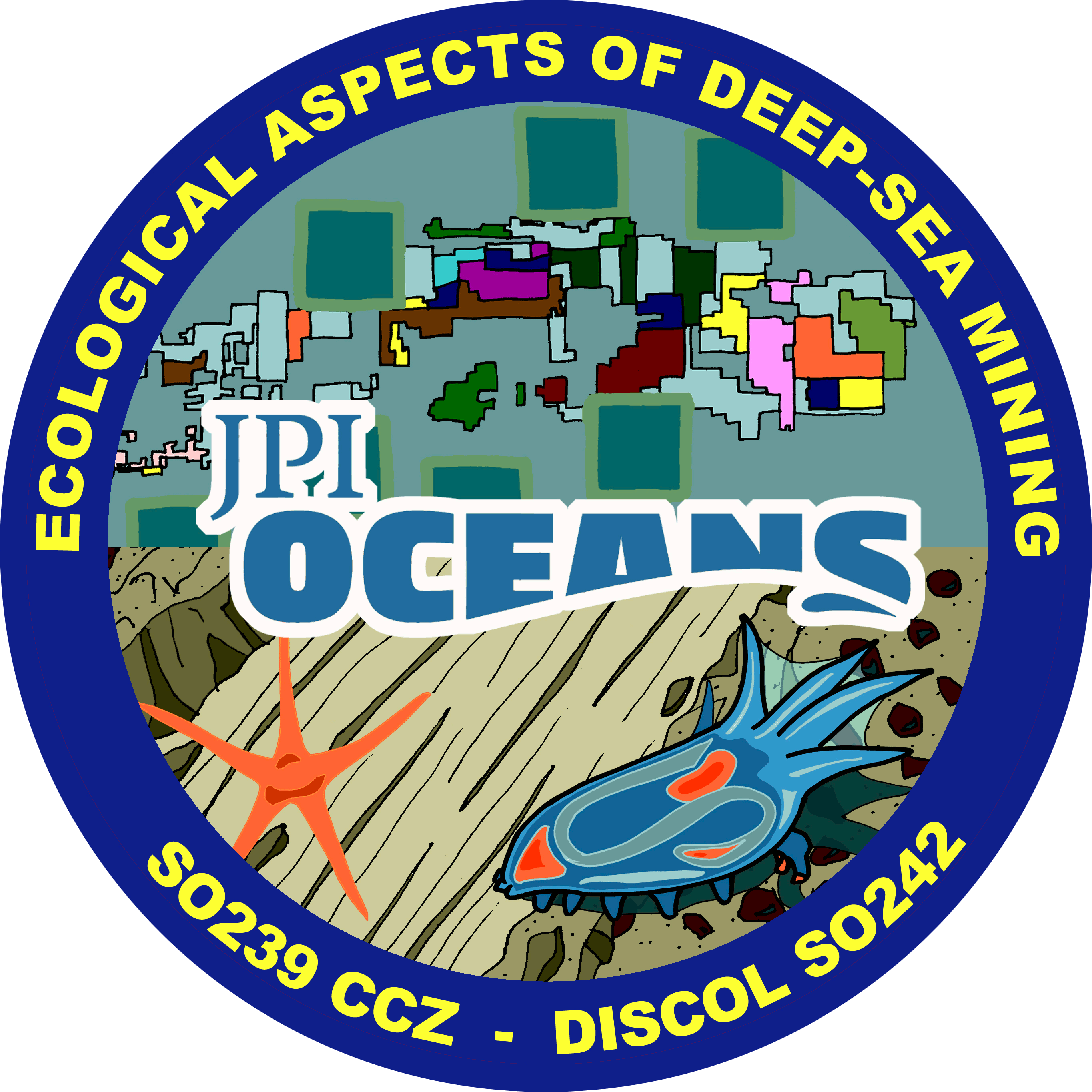